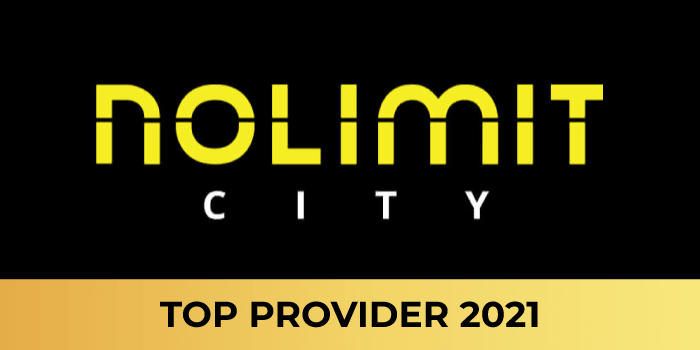 Consisting of a team of experienced professionals, Nolimit City works with some of the best providers and operators. It aims to deliver special features in its slots and smooth, customizable marketing campaign tools tailored to each operator’s specific needs.

Everything You Need To Know About Nolimit City

Our Verdict on Nolimit City

The focus on the invention of bonus features in its slots is one thing how Nolimit City stands out in the crowd of providers. It has many games with unique themes you can find in no other provider portfolio. Nolimit City is known worldwide and has many partners across the globe.

Nolimit City slots have satisfactory RTPs and great stake prizes which makes them attractive for the players. Many of these games have become popular over time which shows the provider has a great impact on the market. Keep reading as here we’ll cover the most popular slots from the provider and more.

Nolimit City was founded in 2014 by a team of experienced professionals and enthusiasts of iGaming. The provider has offices in three locations, Sliema in Malta, Stockholm in Sweden and Gurugram in India. Worldwide, it maintains great collaboration with many partners.

As licences show how safe and secure are the provider’s games, Nolimit City has three of them. First, they are licenced by the Malta Gaming Authority, then by the UK Gambling Commission, and lastly, they also obtained a license from the Romanian regulatory body, the ONJN.

Over the years, Nolimit City has been nominated for several prestigious awards. It has also won some awards. For instance, in 2020 it won the 2020 CG Game Provider of the year award given by Casino Grounds. Also, it was shortlisted for the ‘Slot Supplier’ category B2B Awards 2020.

In 2021, Nolimit City won the Hottest Slot 2021 Award at the SlotsWise Gaming Awards for the East Coast vs West Coast slot. Moreover, it was nominated for being the Innovator 2021 and the Legion X slot was nominated for the One To Watch 2022 award.

As with every other provider, there is always something that makes a supplier different from others. Game mechanics is one thing they put much effort in. Another thing is it implements any good promotional ideas coming from its operators. Finally, they stand out because they offer themes that other providers rarely make.

Nolimit City produces high-quality slots and they have a satisfactory number in their portfolio, being 46 at the moment of writing. Every developer has its own style, so this supplier isn’t pretty much different from the others. As the focus is solely on slots, the provider has done much about their development in terms of game mechanics, themes and design.

Nolimit City's unique style is applied and noticeable mostly on the slots’ graphics. There are several themes that you might have almost never seen before. For instance, such themes have the Mental slot, East Coast vs West Coast slot, Infectious 5 xWays slot and more. These themes are covered by great soundtracks.

The provider has worked on and developed very exciting game mechanics over the years. We can mention the xFeatures like xWays that increases the number of symbols as it splits up, or xNudge, a huge wild with an added multiplier.

When it comes to RTP, the Nolimit City slots have it mostly capped somewhere above the industry average of 96.0%. Also, it is mostly accompanied by high volatility and big stake prizes, although there are slots with other mathematical models as well.

Slots often tell a modern story, like the East Coast vs West Coast slot or the Oktoberfest slot, but there are battle-themed, Book of- themed and other slots as well. In other words, there is something for everyone’s taste. Unique themes and xFeatures is how the provider makes the games enjoyable and entertaining.

As innovation is part of their mission, over the years Nolimit City has delivered fantastic slots. Covered by often fresh and new game mechanics, and terrific designs, its slots can be a really nice choice.

With time some of the slots have become more famous than others, while also, for new releases we may notice they are becoming increasingly popular. Even though it is hard to say which are the top five most popular slots, we’ve made an effort to make the list.

Pirates in the Pixies Vs Pirates slot are on another island to raid for more pixie dust. xWays and xNudge, the two registered trademark features from Nolimit City, can be activated here. The game plays on 6 reels with up to 11664 ways to win. The RTP is slightly below the average, being 95.91%.

Manhattan Goes Wild slot takes you back to the 1920s in the golden age of the Art Deco era.  The two main characters Bugsy and Betty are the main attractions with the Go Wild features. Also, there is Manhattan Free Spins and Wild Party Respins feature. Here you can play with 243 paylines, and the RTP is 96.16%.

In the Warrior Graveyard xNudge slot, you can play with xNudge Tombstone Wild, Warrior Attack, Graveyard Spins, and Dead Spins feature. With an RTP capped at 96.20%, this slot comes with a maximum win potential of up to 9797x the stake. The volatility is high, while it plates with 25 paylines.

Players who go for this prairie-bound adventure can play with wilds and mystery symbols along with other features. These include a Buffalo Horde, Prairie Multipliers and Stampede Super Bonus feature. The Buffalo Hunter slot has a maximum win potential of up to12,647x the stake, and the RTP is 96.01%.

Book of Shadows slot comes with Free Spins, Shadow Rows, Lucky Locks, and Gamble feature. It plays on three rows and five reels with 10 paylines and has an RTP as the industry standard. The maximum win potential of this slot is 30,338x the stake.

One of its advantages is its comprehensive and portable system platform for mobile, tablet and desktop devices which is 100% controlled by them. It isn’t dependent on any other systems. The games play well on various operating systems like Windows, iOS and Android.

Considering the innovations of features of Nolimit City, there can be many new fresh ones in the future as well. As the provider is growing and spreading internationally, it becomes more and more professional and brings games of higher quality.

Since we covered the most important data of the provider in this Nolimit City review, you can now check the full top slots reviews. There are more great casinos we recommend on Slotswise you can choose to play in.

What are the most popular Nolimit City slots?

There are 46 great slots made by Nolimit City until the moment of writing, and we chose five which are most popular. These are Pixies Vs Pirates, Manhattan Goes Wild, Warrior Graveyard xNudge, Buffalo Hunter and Book Of Shadows slots.

Nolimit City is licenced and regulated by three bodies in three different countries. It has a Malta Gaming Authority, UK Gambling Commission and Romanian ONJN licence. This makes the slots safe and secure.

The Nolimit City games play well on various operating systems like Windows, iOS and Android. They are built on a comprehensive and portable system platform for mobile, tablet and desktop devices which is 100% controlled by them.