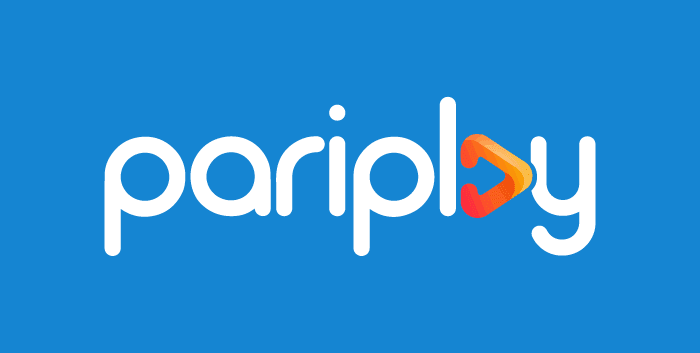 Pariplay is an acclaimed figure in the iGaming industry that offers incredible and creative video slots. This is still a relatively new company, which makes the success even more fantastic. We will explain all the specifics about the company below, and then you can check out some of their amazing video slots at SlotsWise.

Everything You Need To Know About Pariplay

Our Verdict on Pariplay

Pariplay is a company that creates and publishes casino games, but it also creates games, which are then published under the names of other developers (B2B). In other words, it is a company whose goal is the global market and interestingly enough, Pariplay is on the right track even though it hasn’t been in the industry for long.

The games that were created by the experts at Pariplay are always incredibly fun and cartoonish, but they offer lots of excitement and massive prizes too. Here at SlotsWise, we have a lot of their most famous and successful games, so check some of them out once you read this in-depth review.

Pariplay has been a part of the iGaming industry since 2010. The headquarters is in Gibraltar, but Pariplay has expanded over the years. Today, there are offices in Bulgaria, India, and Malta.

Because the company is active in so many markets around the globe, it is important to note that Pariplay works under the strictest regulations for safety and fair play. They have been licensed by the UK Gambling Commission, the Malta Gambling Authority, the HM Government of Gibraltar, the West Virginia Lottery, as well as the Hellenic Gaming Commission.

Pariplay’s work has been recognized and praised numerous times, but one of the most prestigious awards that they have received is the Mobile Gaming Software award, at the 2018 EGR B2B Awards.

With about 10 years of experience in the industry, Pariplay is still considered a relatively new company. However, despite that, they have still managed to make a name for themselves and expand their work to so many countries around the world.

The good thing is that there is still time for them to create something truly incredible, which will bring them among the top developers.

So far, Pariplay has created a pretty extensive portfolio, which boasts about 100 games in total. Of course, this is nowhere near the biggest or richest game library out there, but it is certainly full of quality and potential for everyone to find something that fits them.

This extensive portfolio is also very diverse in the sense that it consists of all types of games. There are of course video slots that are usually the most played, and then you can also opt for bingo, keno, scratch cards, roulette, and instant win games.

With Pariplay, in addition to the fun and impressive prizes you can win with the regular video slots, you can also find several games with amazing progressive jackpots. These games can make it possible to walk away with massive profits.

When it comes to the appearance of these games, Pariplay always seems to hit the nail on the head. Depending on the theme of the video slot and the atmosphere that they try to convey, the developers make the games as realistic or as cartoonish as they need to be, so you can fully immerse yourself.

An interesting thing about the Pariplay games is that they always come with at least two different RTP values. One is typically above the industry average, while the other values are below it. This means that casinos can adjust the RTP of the Pariplay games they offer, so make sure to check it before you start playing.

As it can be expected from a company that reached great success in a relatively short period of time, the games that Pariplay offers are incredibly fun and exciting to play, and they all have quite creative themes too. There are many games that come with thrilling twists on the popular slot themes.

Pariplay offers all types of games, and the company stays true to that level of diversity even in regards to the video slots. There are lots of different themes and mechanics, as well as different layout sizes to choose from, but there are also many branded video slots, which of course bring their own level of excitement.

Some of the most popular Pariplay titles include Rumble Rhino Megaways, Viking Glory, Xi You Ji, Luxor, and King of the Trident, among others.

In the Rumble Rhino Megaways, slot you will roam the vast African safari, where you will be accompanied by exotic wild animals. The atmosphere is incredibly immersive and realistic, plus you can use the exciting bonus features in order to win the top prize of 10,000x the stake.

Viking Glory slot will take you sailing on the open and dangerous seas alongside the fierce Vikings, where you can win some really massive prizes. On top of that, the game also offers 5 fixed jackpots, which are worth playing for.

Xi You Ji slot is an incredible Asian-themed video slot, which will introduce you to many mythological creatures from Asian culture, including the famous monkey king. The atmosphere of the game is authentic and there is an incredibly massive jackpot you might walk away with.

With this self-titled Luxor slot, travel to one of the most famous historical cities of ancient Egypt and spin the reels full of hieroglyphs, and pharaohs. You will definitely be captivated by the Egyptian symbolism as well.

King of the Trident Slot

King of the Trident slot is an immersive underwater adventure that offers a somewhat mythological atmosphere too. The layout of the game is quite unconventional and it offers a much more exciting way of playing and there are also many prizes to be won.

All of the games created by Pariplay are made with state of the art HTML5 and Flash technology, which means that you can play them directly in the browser of your mobile or tablet device, as well. There is no need for additional or unnecessary downloads and you will be able to enjoy the same graphics and visuals.

To sum all of the details above, Pariplay is still a young company, but they have managed to become part of multiple areas of the iGaming industry. Of course, their video slots are the highlight of the company’s work, but the fact that there are also table games, bingo, Slingo, scratch cards etc. makes it an even bigger advantage.

The Pariplay games are not only great in terms of visual design, gameplay, and prizes, but they also come with a great level of safety and security. The company has been certified by Gaming Laboratories International, and the iTech Labs, which means that Pariplay guarantees fair play and random outcomes.

What types of slots does Pariplay offer?

Most of the games you can find in Pariplay’s portfolio are video slots; however, there are also other types of games such as keno, bingo, roulette, scratch cards, and instant win games as well.

Which are the most popular Pariplay slots?

A lot of the Pariplay slots are played worldwide, but some of their most popular releases include: Rumble Rhino Megaways, Viking Glory, Xi You Ji, Luxor, and King of the Trident.

With the Pariplay slots, security and fair play is guaranteed. The company is licensed by the UK Gambling Commission, the Malta Gaming Authority, the Wes Virginia Lottery, the HM Government of Gibraltar, and the Hellenic Gaming Commission.

Yes, Pariplay makes sure to make their games with sophisticated HTML5 technology, which makes them suitable for both big and small screens. You can simply open any game in the browser, without the need for additional downloads.