The main attraction of the Money Card 2 Bonus Reels slot is the Re-Spin feature that comes with plenty of other symbols that can bring something else to the player. Even though this is the main and only feature enriching the gameplay, it is designed so it can entertain the player in the best way possible. This slot never had the first part, so it builds off Money Train 2, a slot released in 2020. 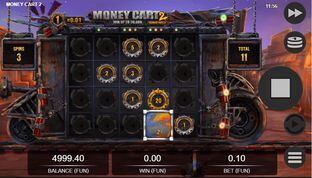 Once again, the provider of the Money Card 2 Bonus Reels slot, Relax Gaming, showed how games can be improved if you put a little extra effort into them. Money Train 2 is a great game though, but why not make it better if it is possible. The number of paylines isn’t specified. It is a hold & win situation.

The main bonus feature is the Re-Spin one, and it comes with many symbols, including modifiers. In the Re-Spin round, the 5 reels may become up to six. You can win up to 5,000x your stake with this slot.

Money Card 2 Bonus Reels slot has the same theme as Relax Gaming’s most popular game, Money Train 2. The game is located in the Wild West and it is happening on a train. The design is almost the same as its original. It is dark and gloomy, but in such a way that is matching to the theme. 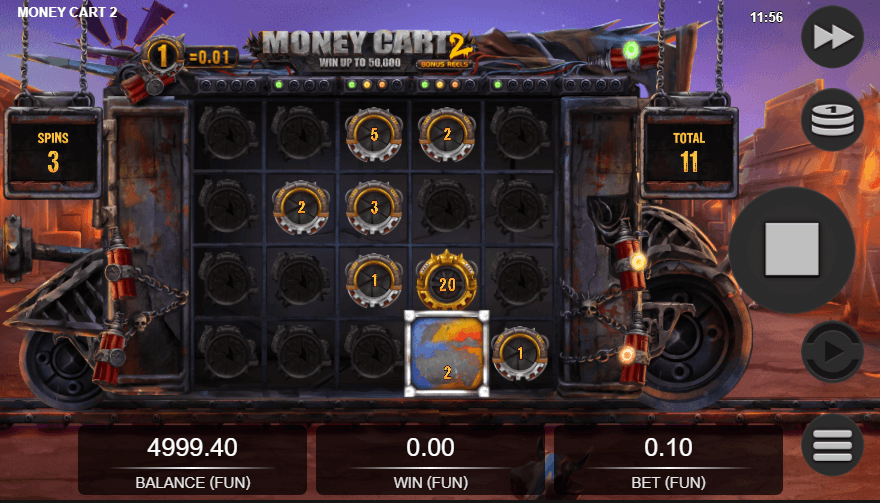 Not only are the reels moving smoothly, but also there are great animations on the winning symbols, or when you trigger Re-Spins. You can hear a Steampunk ringer which can fill you with a sense of adventure and is perfectly compatible with the gameplay.

Oddly to say, there are no symbols here, except for the Bonus symbol. The game is spiced up with more characters and other symbols during the Re-Spin action. We’ll explain them later in the Re-Spin feature heading.

While most games have an RTP around the industry average of 96.0%, Money Card 2 Bonus Reels RTP is an incredible 98.0%. It is so great to see games with more generous returns to the player. When it comes to volatility, this is a highly volatile game, where winnings may be less frequent, but big if they happen. Read our full guide for slots variance, volatility, and RTP.

Landing 3 Bonus symbols anywhere on the same spin trigger the Re-Spin feature. Those symbols turn into coins and become locked in the position. Three Bonus symbols award you 3 re-spins. The re-spin will be reset to 3 again if you land a new coin or a character symbol, which are locked into place as well. Each respin follows a payout consideration.

You can land many symbols during the respins. They can bring you some great benefits:

There is a possibility that you land Persistent symbols during the re-spins. If you do so, they can trigger on each of the following spins until the re-spins end.

Four filled positions on a reel during the re-spin feature bring you an extra reel. You can play on up to 6 reels with more opportunities to land some of the extra symbols.

Money Card 2 Bonus Reels slot isn’t the only great slot from Relax Gaming. They often know how to surprise players with excellent titles that are enriched with great features. This time we recommend the following slots:

Money Train 2 - As an original of Money Card 2 Bonus Reels slot may also be very interesting if you like the design of the new game. It only comes with three features. This is one of the most popular Relax Gaming games.

Spirits of the Beast - Spirits of the Beast is inspired by the Native American tribes, their connection with nature, wilderness, and animals they perceive as spiritual guides. This is a 5 reel slot, with an RTP above the average and a potential to win up to 10,000x your stake.

Multiplier Odyssey - Multiplier Odyssey is a 5 reel slot that can bring a potential win of up to 50,000x your stake. It has an above-average RTP and is highly volatile. It comes with two bonus features, a Coin Collector and Free Spins feature.

Discover the Money Card 2 Bonus Reels slot by claiming a welcome offer right from this page and play at top-rated online casinos.