The popular duo from the animated science fiction sitcom is returning on the reels. Blueprint Gaming is going to release the second slot title based on the Rick and Morty series, called the Rick and Morty: Wubba Lubba Dub Dub slot. All the main characters are present on the reels, and the game has excellent features that you can trigger and win great prizes. Prepare for a reel action with six bonus games and potential wins of up to 50,000x the stake. Find out more in our in-depth Rick and Morty: Wubba Lubba Dub Dub Slot Review. 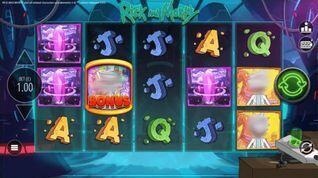 The Rick and Morty TV series is one of the most popular animated shows all over the world, so it’s not a surprise that it’s used as a theme for online slots. At the beginning of this year, Blueprint Gaming has released the Rick And Morty Megaways Slot, which immediately became a hit among the players. Now, the beloved sci-fi duo is returning on the reels with the new branded Rick and Morty: Wubba Lubba Dub Dub slot, also released by Blueprint.  You can find it in the online casinos recommended here on SlotsWise.

The Rick and Morty: Wubba Lubba Dub Dub slot is played on 5 reels, 3 rows and 20 fixed paylines. Just like in the previous Megaways version, the developer has decided to offer huge wins of up to 50,000x the stake in this one too. This slot machine accepts different bets that start from £0.10 and go up to £200 per spin, so you have many options to set your desired bet per spin. Like many of the developer’s branded slots, you’ll find a high-quality design in the Rick and Morty: Wubba Lubba Dub Dub slots, along with a huge range of bonus games - 6 different bonus games and 8 game modifiers. In addition, players will be able to enjoy some short clips and cut scenes taken from the original TV show.

To score a win when you play Rick and Morty: Wubba Lubba Dub Dub slot by Blueprint, you need to land at least three matching symbols on an active payline, starting from the leftmost reel. Since there are 20 fixed paylines, you will have 20 different ways to land a winning line on the reels. The amount of your win will depend on the combination of symbols that brought you the win. Besides this ‘regular’ way of scoring a win, you can take advantage of the bonus games and land additional winnings. Plus, the wild symbol can act as a replacement for all regular symbols and can help you form winning combinations. 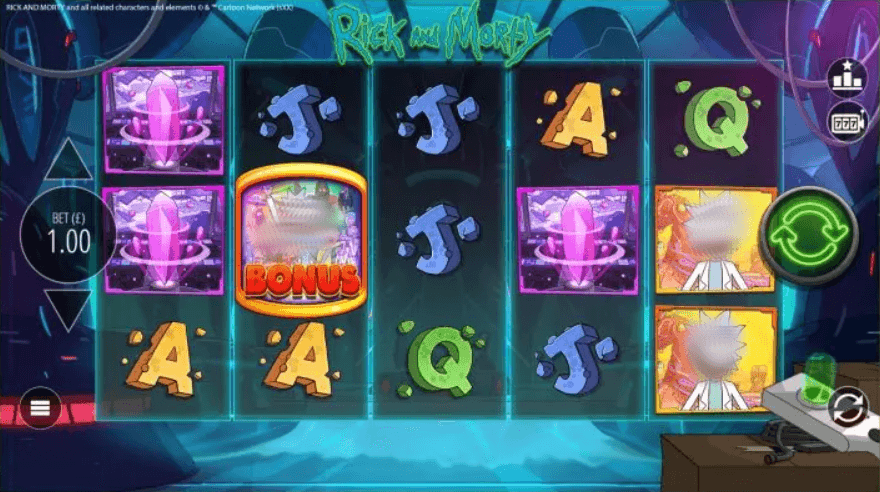 One of the things that make the Rick and Morty: Wubba Lubba Dub Dub slot worth playing is the design. This game has a top-notch design and graphics that keep the unique Rick and Morty style. If you’ve never seen this TV show before, the animated series follows the adventures of a scientist and his grandson as they travel through multiple dimensions and parallel worlds. This slot is designed to look exactly like the TV show and the action takes place in Rick’s laboratory. During the game, players will be able to visit different locations like the Galactic Federation's spaceship or the sewer from the Pickle Rick episode.

As for the paytable, the low-paying symbols are Royals made out of asteroids. In addition, the high-paying symbols feature images of Rick and Morty, crystals in pink and blue colours, flying saucers, Rick’s family, and the game’s logo. The flying saucer is the wild symbol that replaces all the standard symbols and pays up to 25x the stake for a five-symbol combination, while Rick’s family symbol is marked with ‘Bonus’ and is acting as the scatter.

The Return to Player (RTP) percentage is 96.11%, which is an average for online slots these days. The variance of this game is medium, which means that you will get smaller but more frequent payouts. And the best thing is that you can win massive payouts that go up to 50,000x the stake from a single spin if you manage to trigger the bonus features. All in all, the game’s specifications are great. If you want to learn more about different RTP and variance models, read our Variance, Volatility and RTP guide. 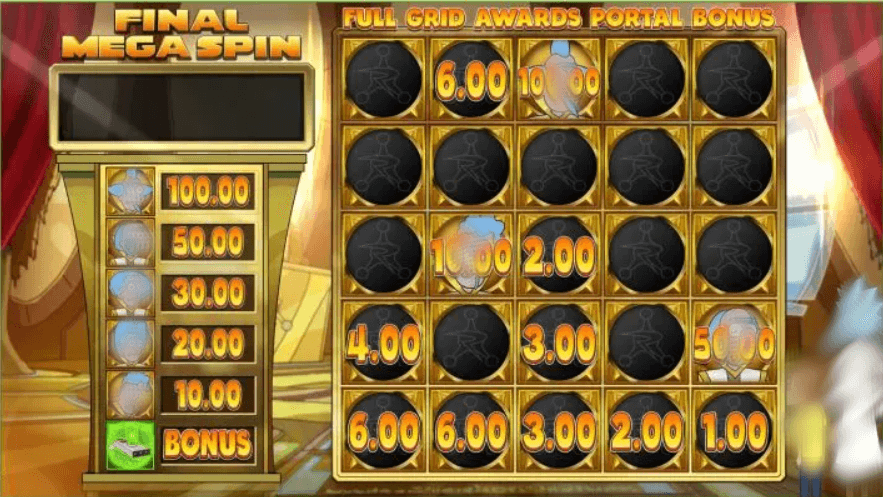 As you play the game, random modifiers can appear at any point and bring you different types of modifiers:

Landing three bonus symbols anywhere on the reels will open up the Wubba Lubba Dub Dub Bonus Games. Then, you’ll enter a portal where one of the following features is awarded. If you don’t want to play with the feature you’re given, you’ll have the chance to gamble for a different feature. Here are the available features:

Blueprint Gaming released a free play version of the Rick and Morty: Wubba Lubba Dub Dub slots for players who want to try out this game for free. The free play version is available at online casinos that host demo slots.

Blueprint Gaming is a leading provider of online slots that has made hundreds of impressive titles which are popular among the players. If you're looking for other Blueprint Gaming Slots, make sure to check the Dafabet Megaways slot. There, you’ll benefit from up to 117,649 ways to win, cascading reels, an increasing multiplier during the free spins, and a mystery symbol. Another great game from this developer is the Sweet As Candy: Prize Lines slot. In this game, the Prize Lines feature will allow you to play through 5 spins, after which you will decide whether you want to collect your winnings or try to win something better. Finally, we recommend you to check the Red Hot Repeater: Power Spins slot where you get the opportunity to exchange your winnings to play with four sets of reels at once.

To conclude our Rick and Morty: Wubba Lubba Dub Dub Slot Review, we can only say that this is a very interesting game that is going to attract many players. The number of bonus features is massive, the RTP is decent, the top payouts are high, so why not like it, especially if you’re a fan of this popular animated TV show?

Deal Or No Deal