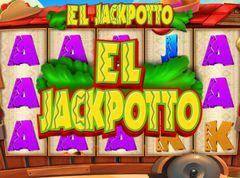 El Jackpotto is a funny, quirky, cartoonish slot game with a Mexican 'lucha libre' theme. Developed by Blueprint Gaming, available on desktop devices, smartphones and tablets, El Jackpotto definitely is one of Blueprint’s most popular titles. If the game sounds too complex, or you just want to get more familiarised with it and its features, you can try out El Jackpotto demo first.

El Jackpotto is a very playable slot and it offers quite unique gameplay options with several bonus game, and therefore playing El Jackpotto demo is quite a nice intro into the game that will prepare you for real money gameplay.

How to Play El Jackpotto Demo

There are no rules here, you may activate a bonus game during your third spin while playing El Jackpotto demo, whereas it may take more than ten real money spins before that same feature is triggered, but the demo mode will give you a much better insight and you’ll definitely know what to except.

When you play El Jackpotto demo you can also set your wager, adjust it as you please – decrease or increase it. With the virtual amount of money that is awarded at the beginning of your demo session you are free to experiment, raise your stake and generally try out all sorts of wagering tactics without the risk of losing any real money. And then, once you get enough of El Jackpotto demo, you can choose one of the casinos featured on SlotsWise, register, claim your bonus and then start playing El Jackpot in real money mode. 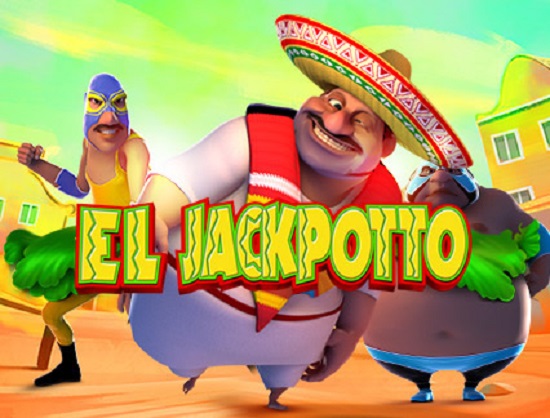 The point of the Big Money feature is to get the Ultimate Luchador symbols and the more such symbols you collect, the higher your prizes would be. If you manage to get the Super Wheel to spin you will be in a position to win a prize that’s 10,000 times the size of your stake.

The remaining four features, which can also be activated in El Jackpotto demo mode feature prizes that are perhaps less lucrative, but still valuable. Pound for pound is a game where your character gets to fight against a range of other wrestles and compete for a prize. From this featue you can activate the Big Money bonus if you manage to hit a burrito.

Then there’s also the Spank that Ass feature, the Rocket Free Spins and Ready to Rumble. If you like to find out more about this great game, check our El Jackpotto review.