The game comes with three rows, five reels and 20 always-active paylines that can spin with as little as 20p per spin. Players who play Seven Seas Jackpots will find a medium volatility and a theoretical return to player (RTP) of 95.19%. This is a instant jackpot game that comes with a big payout potential of more than 2000x multiplied by the winning bet.

The slots experts at GreenTube, which is part of the Novomatic Group of casinos and providers, have designed a sea-bound fruit adventure. However, this cargo ship carries more than just a whole variety of fruits because it comes with four instant jackpot prizes. The Seven Seas Jackpots slot has a rather pretty graphic design which is topped by the way in which the head buccanner appears all pretty and ready to take on the challenging pirate.

This booty-stoked reel adventure comes with a set of features that can create an engaging gameplay. There is a wild symbol that substitutes for all, except for not one but two bonus symbols. Players who are lucky to land the right number of bonus symbols can get to play a free spins bonus or the jackpot bonus game, or both. At any rate, there is a lot going on in Seven Seas Jackpots, along with a stellar graphic design.

The game at hand is a fruit-themed slot through and through but that doesn't mean it belongs to the lot of retro games. The symbols may be a fruit-stand topped by oranges, grapes, watermelons, plums and lemons, along with the classic slot machine symbol of the red hot seven, but the game is all about the head pirate, or shall we say, the she-pirate. This is the game's wild symbol and it comes fully animated, well drawn, well rendered and a delight to behold on the reels because it can do wonderful things for the lucky player.

Seven Seas Jackpots slots comes with two more very important symbols that are also very much animated. The golden coin captures a golden shimmer, while the chest of gold opens just slightly to show what is inside and lo and behold, it is a heap of magnificent gems, coins and artifacts. Players who play Seven Seas Jackpots will also find a pretty musical theme along with the game. Overall, it is one amazing reel adventure, equipped with cannons, stormy seas and all. 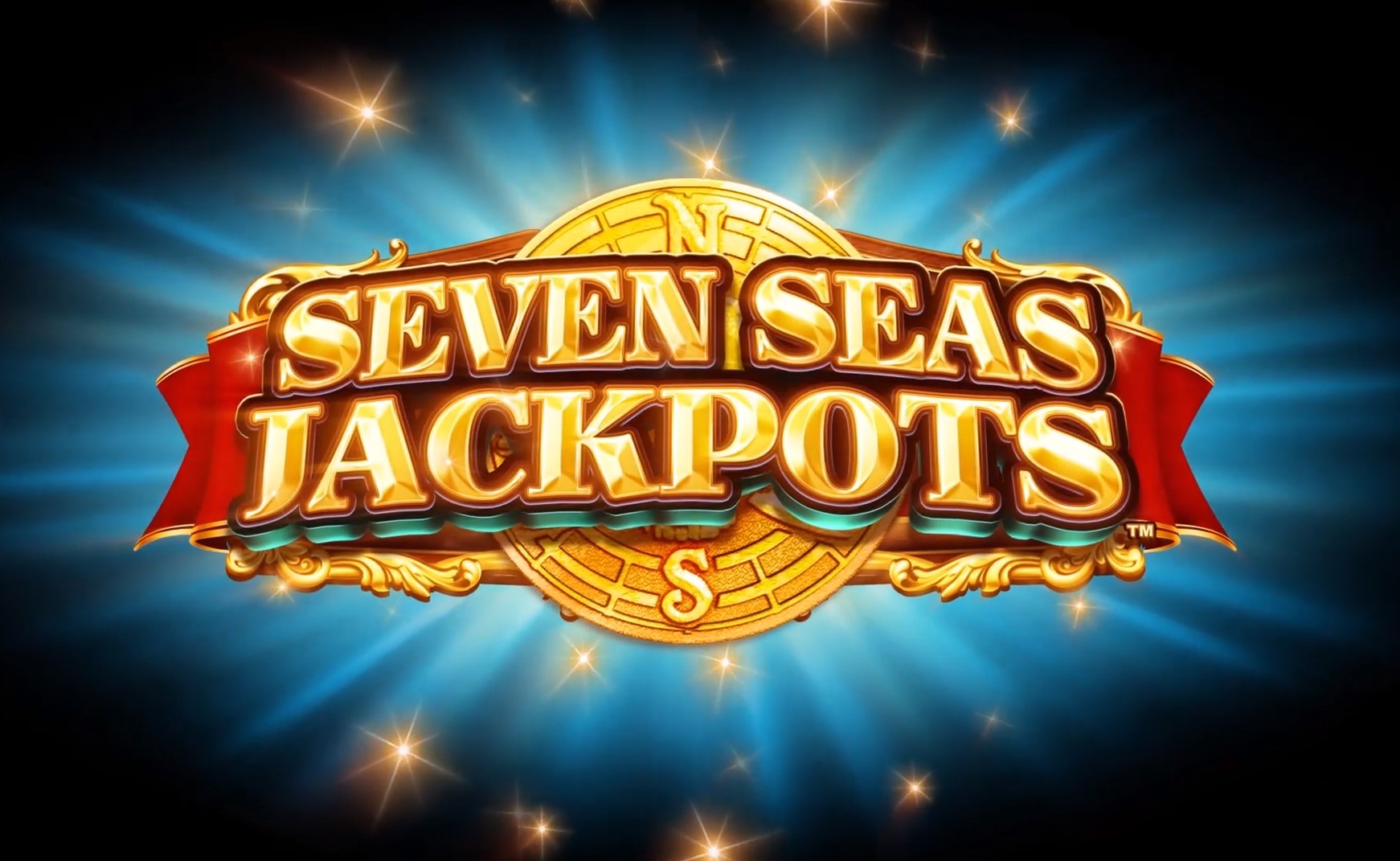 GreenTube/Novomatic has primed the game for the land casino, however, online slots players are not left without the same because the game has been converted to play online without taking away from the excitement.

The layout was formed with intuition in mind, so that the players can find all of the gameplay buttons right away. All buttons, controls and windows can be located at the bottom of the screen.

The number of paylines is shown in the second square from the left, the amount of the total bet is to the right, the amount that is in the balance is shown on the window in the middle and the remaining buttons are to control the gameplay.

To start spinning the reels of Seven Seas Jackpots slot simply press the green Start button. This causes the reels to turn, deducting one time the active bet. To engage the game hands-free press the Auto switch.

The game has a menu button that holds information regarding the paytable, which shows all payouts for each symbol combination. There is a settings menu for the sound and the speed of the spins also.

Winning at the game is made possible by landing three or more symbols of the same kind. The wild substitutes for all symbols, except the treasure chest, which is the scatter and the golden coin, which is the jackpot symbol.

The wild can land only on the middle reels (two, three and four) and comes expanded on the reel set when there is a chance for making a winning outcome. The Seven Seas Jackpots slot also has a gamble option, which enables players to take any base game winnings to the felt table for a chance to make it double or lose it.

The most valuable symbol of the game is the red hot seven, the one that's encrusted with pink diamonds. The remaining symbol pay prizes that are significantly smaller, because this is a jackpot game.

To start on the bonus feature players need three or more treasure chest symbols. During the bonus, five spins are spun with giant symbols, including the wild, the jackpot coin symbol and the chest scatter.

If a single giant coin lands on the reels, players are immediately taken to the jackpot bonus. The scatter triggers three more free spins. Another way to get to the Seven Seas Jackpot Feature is by landing five or more coins.

The jackpot bonus is a Hold and Win feature that awards three respins that reset every time a new coin symbol lands on the reels. The Grand Jackpot, which is the top payout in the game, is rewarded if all 15 positions of the reel set are filled with a coin symbol.

The game is available as a free play demo at online casinos that host GreenTube/Novomatic games, including the title at hand. Players can test the features with free credits which means no real cash is paid.

This is one helluva pirates adventure. The free spins bonus takes you to the high seas and on stormy waters, but the giant symbols may throw in an exciting surprise, including a jackpot bonus game.

Play Seven Seas Jackpots slots for a chance to join the head pirate on her voyaging, jackpot-hunting adventure. Claim a welcome bonus right from this page to play at one of the online casinos.